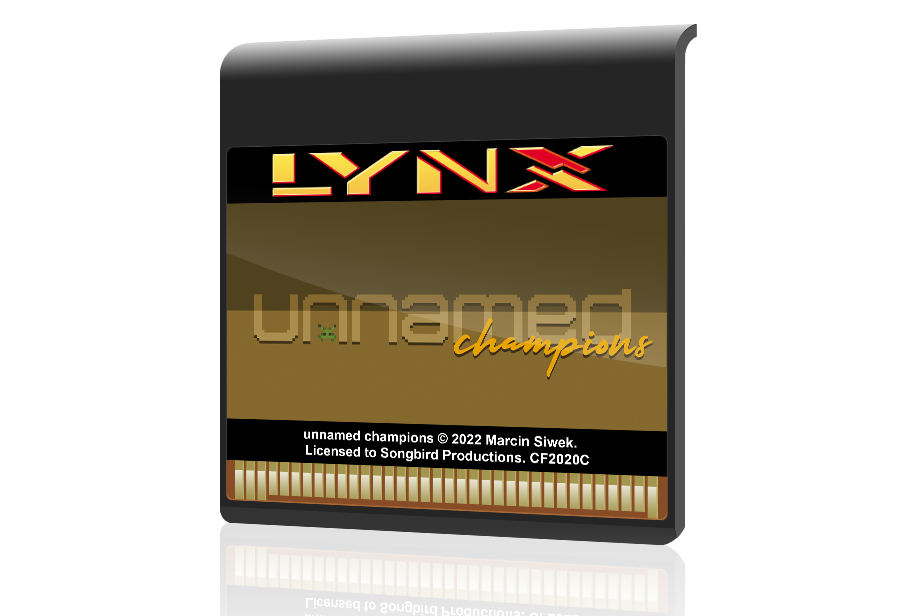 Songbird is excited to announce our first-ever Lynx contest is open until March 31, 2022! If you are a fan of the Lynx game Unnamed published by Songbird last year, then you’re in for a real treat. We are offering THREE limited edition Unnamed Champions physical Lynx cartridges as prizes. That’s right, you can win one of three very unique Lynx carts. Each cart will contain a list of the three winners plus a special bonus stage mini-game similar to the puzzles found in the original Unnamed cartridge. Read on if you’d like to learn more about the contest and find out how to play!

NO PURCHASE IS NECESSARY TO ENTER. YOUR CHANCES OF WINNING DO NOT INCREASE WITH A PURCHASE. CONTEST IS VOID WHERE PROHIBITED BY LAW.

Four contest questions are presented below. These questions all pertain to the Lynx game “Unnamed” which was released in March 2021 by Songbird Productions. You can learn more about the game on the Songbird website. Each contestant must answer these questions, and submit the contest entry by sending exactly one email to sales@songbird-productions.com containing their answers using the entry format shown below. Limit one entry per household.

Each entry must be sent via email to sales@songbird-productions.com. The subject line must read WITHOUT the quotes: “Unnamed Champions Contest”. The body of the email must contain the following:

<Your first and last name here>

<One of the following: AtariAge handle, Twitter handle, cell phone including country code>

Songbird is offering a total of three identical prizes. The prize is a physical Lynx cartridge entitled “Unnamed Champions”, and will contain the names of the three contest winners plus a mini-game similar to the puzzles found in the original Lynx Unnamed cartridge.

Everything you ever wanted to know about Atari gaming. And more. Or less.