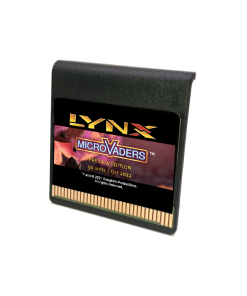 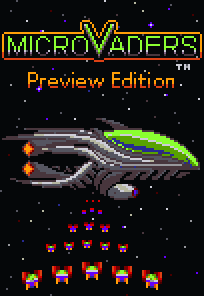 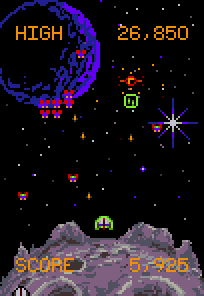 You are part of an elite fighter squadron representing the last line of defense against an alien swarm. Learn their movement patterns and shoot them out of the sky. Watch for ship upgrades which appear periodically and can help you turn the tide. We’re counting on you to lead us to victory.

Microvaders Preview Edition is a complete game featuring 10 waves of alien ships, increasing difficulty, powerups, in-game music, and more. This special release is being made available now for Lynx fans who want to get a chance to play the game now 6+ months before the final release.

In addition, everyone who buys Microvaders PE will get the opportunity to have their name or userid listed on the eventual product page and/or printed manual as an “ace pilot” who helped support the development of the game. You’ll also receive a $10 discount on the final release.

The run is limited to only 50 units, so purchase your copy today!

Be the first to review “Microvaders Preview Edition” Cancel reply