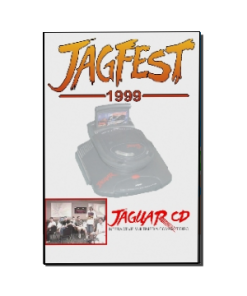 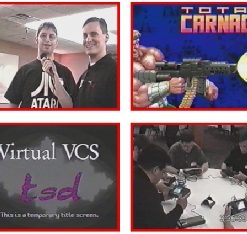 In June of 1999, approximately 70 people arrived from around the USA for the third annual gathering of Atari Jaguar fans called JagFest. The event was held in Rochester, MN, and hosted by Carl Forhan, who formed Songbird Productions in the same year.

The event included previews of unpublished games, gaming tournaments, lively interviews, and collection showcases. It was a time which made many friendships and happy memories. Relive the show again, or see it for the first time, right on your Jaguar CD unit!

Be the first to review “Jagfest 1999 CD” Cancel reply