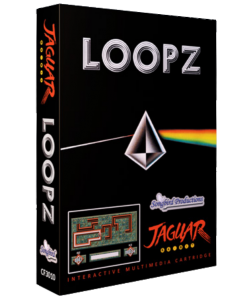 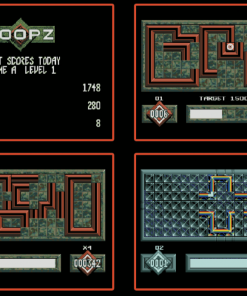 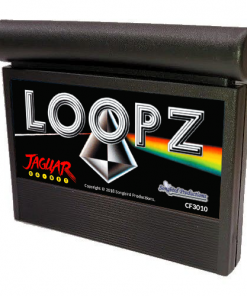 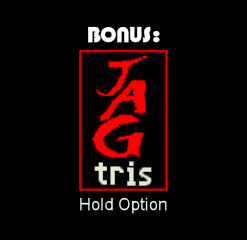 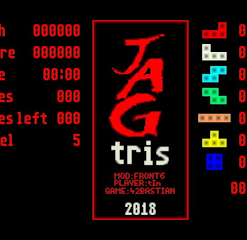 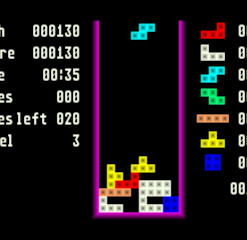 Songbird Productions is pleased to bring you LOOPZ for the Atari Jaguar!

It’s really very simple: you get pieces of different sizes and shapes. Then you have to fit them together to form complete loops. It’s so simple, in fact, that most people can easily finish their first session in… oh… five to ten hours.

But by then you’re addicted.

LOOPZ will tie you up in knots!

BONUS: Every copy of Loopz for the Jaguar includes a hidden game, Jagtris 2018! To access this game, simply hold Option while booting Loopz.

JagTris 2018 is an enhanced version of the falling block classic, originally coded by 42BS back in the 1990s but never published until now. Bastian has upgraded the game with superior controls, graphics, and scoring. It even supports the ProController for rotating blocks clockwise or counterclockwise!